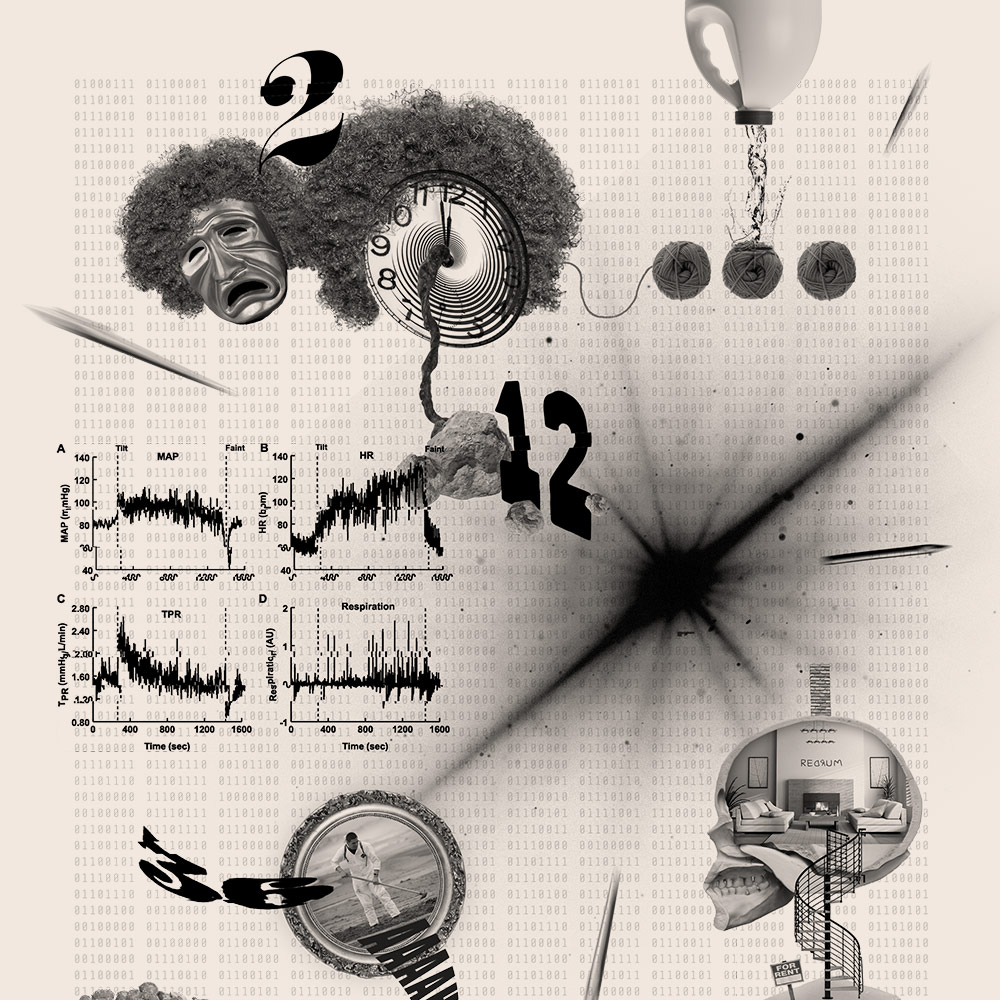 Pair of illustrations and text created for REVS Magazine’s The Gamut Issue as part of the collective Autozine (along with Christina Chu and Satoru Teshima).

As the theme of the Gamut Issue’s was colour, the writing as well as the illustrations were done under the influence of and inspired by colours—red and yellow to be precise.

Binary Redrum was written through red glasses and with a red pencil, whereas Indebtedness Liquor was written on fluorescent yellow paper, cut apart, and then rearranged. 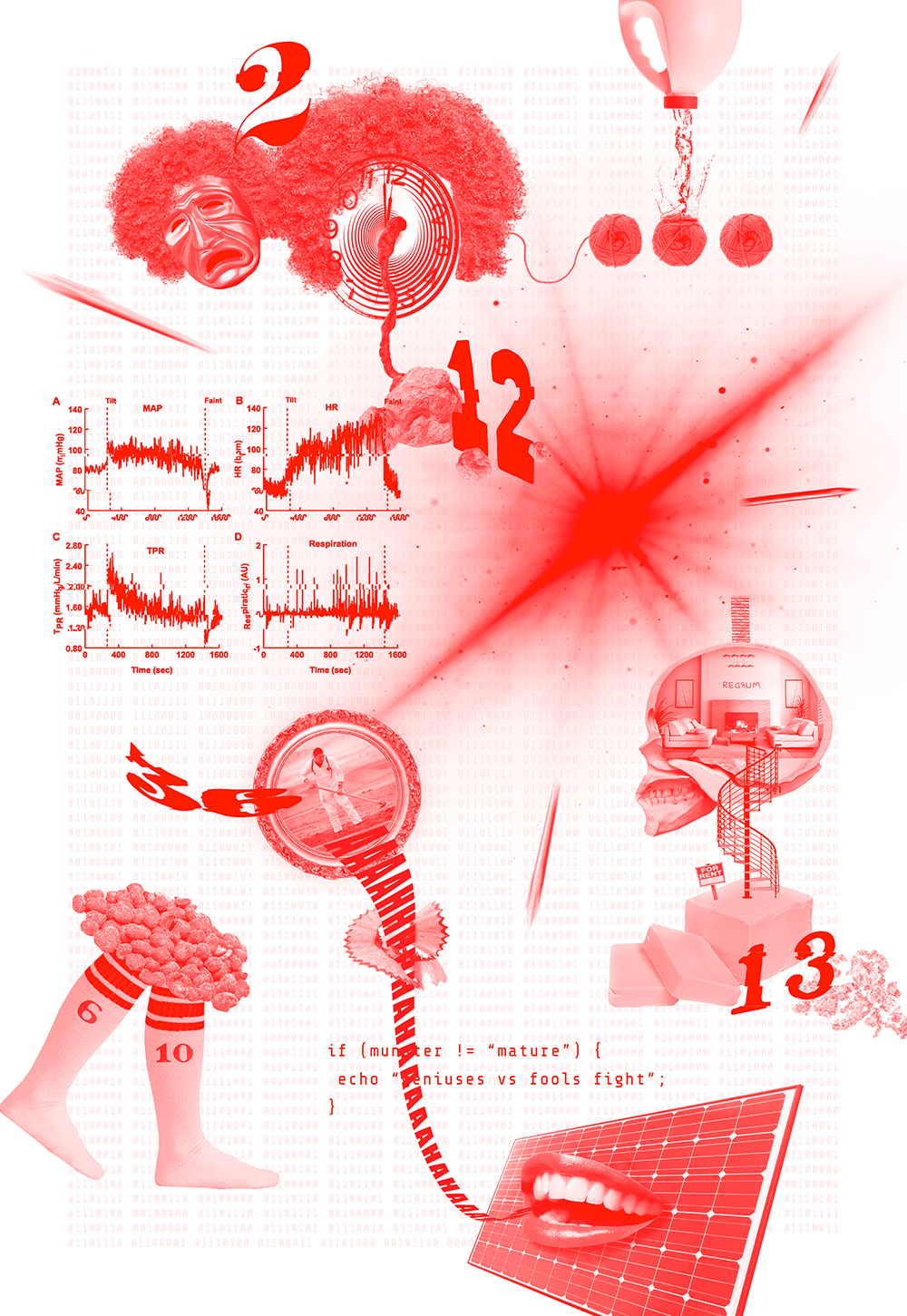 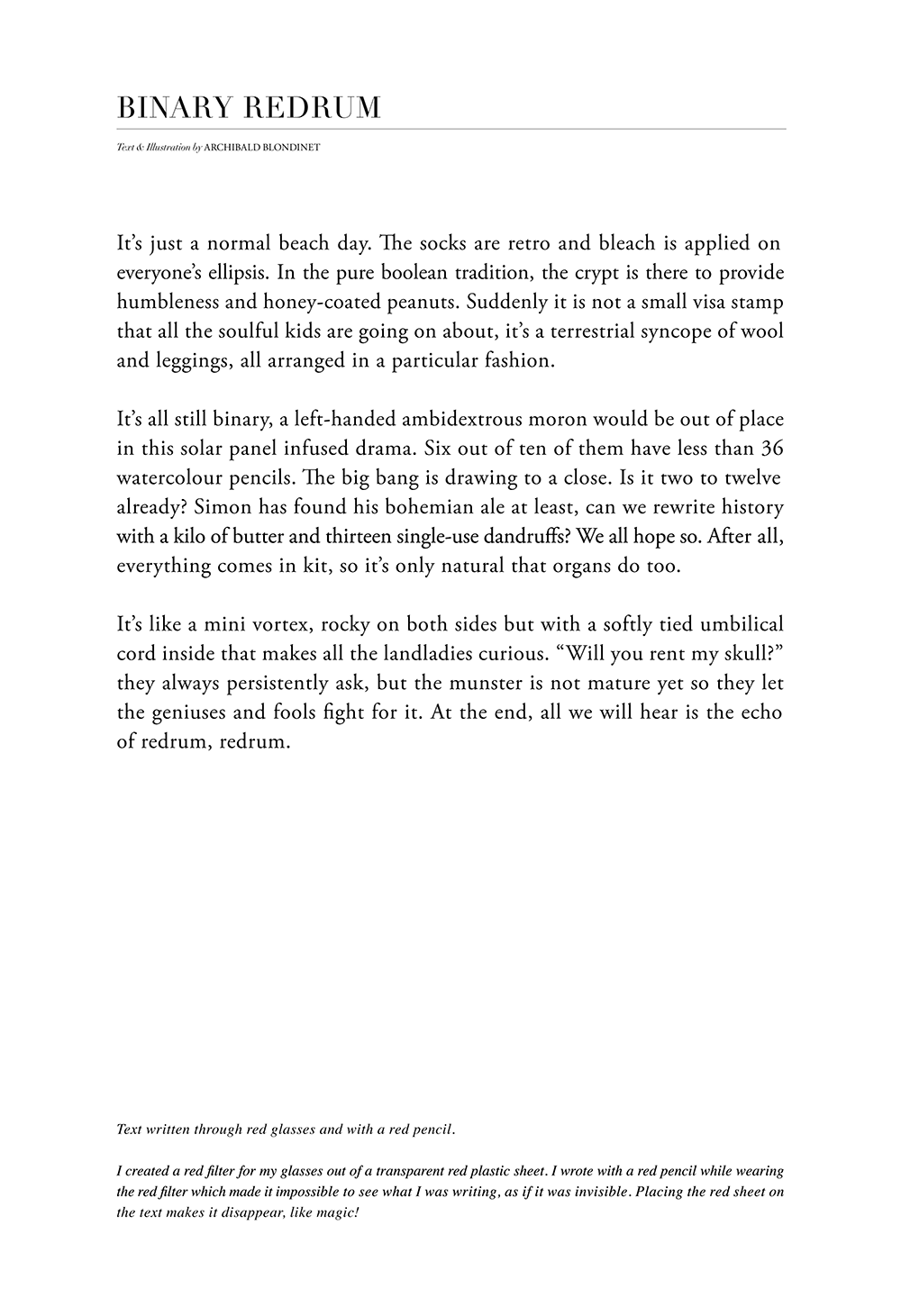 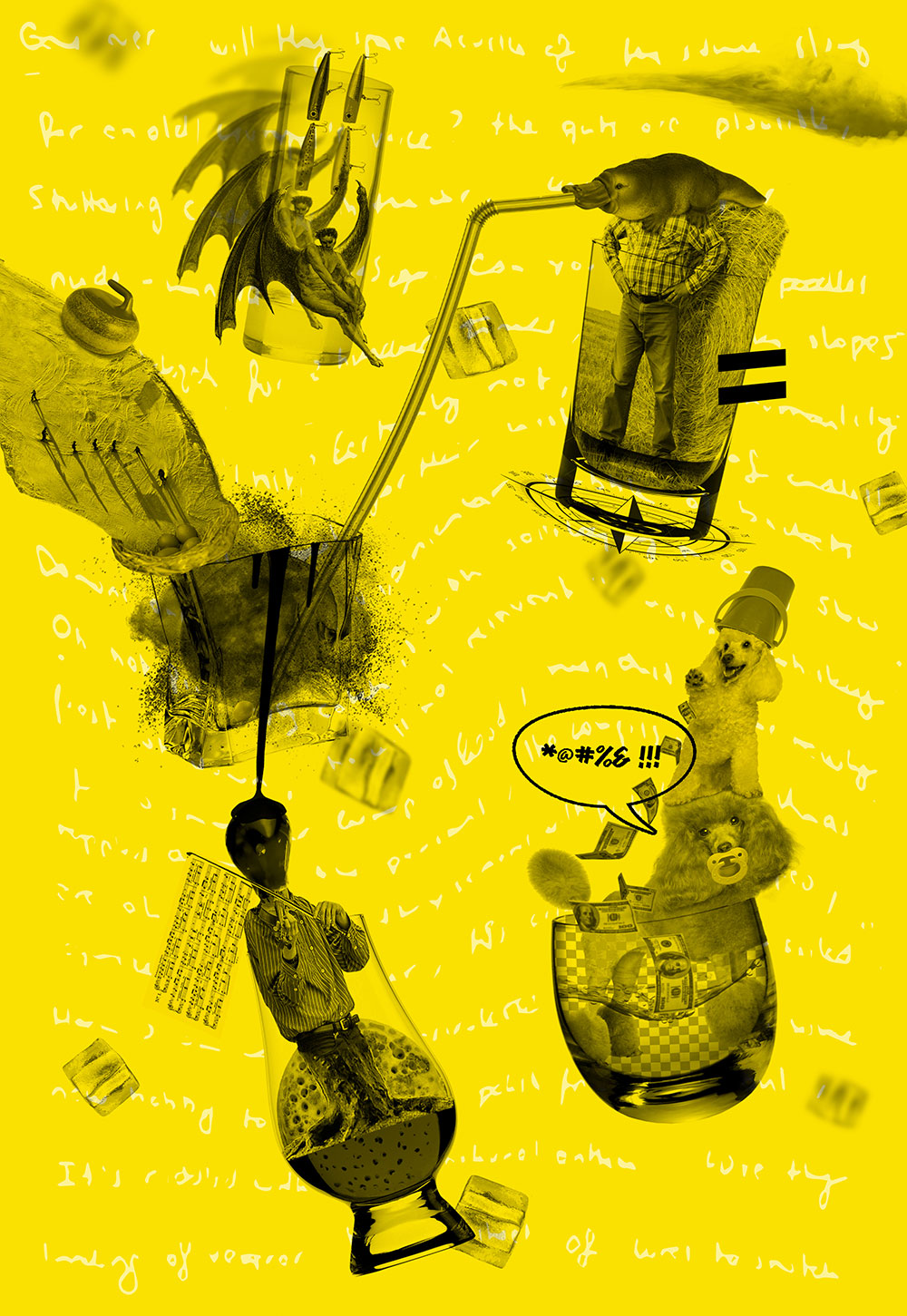 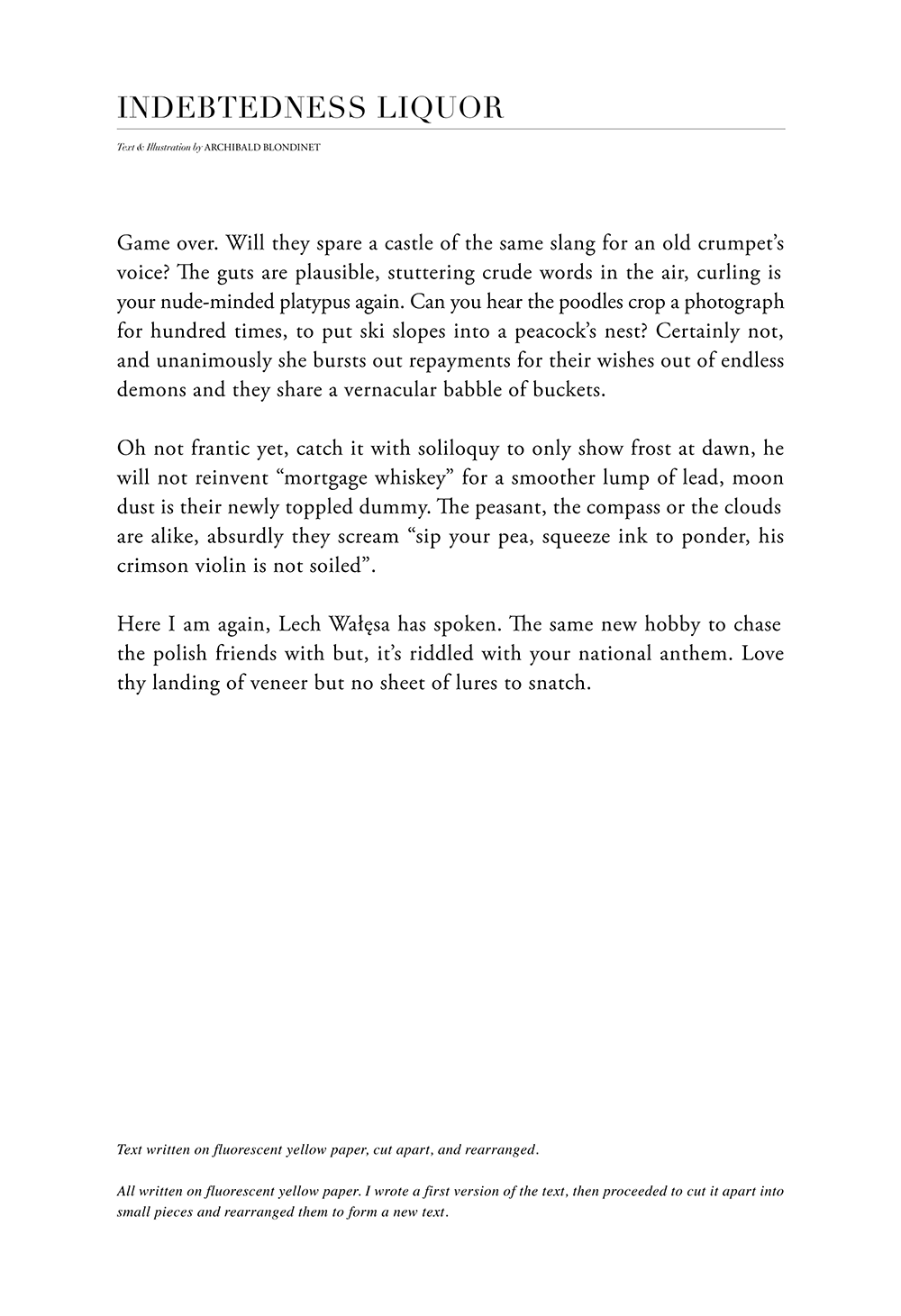